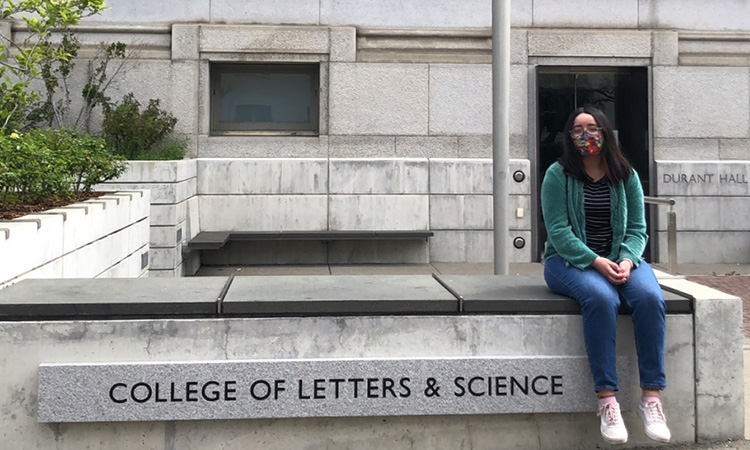 Reflecting on My First Year.

Now that Latinx Heritage Month has arrived, I’ve realized that this is my second year at Berkeley (a little late for the realization, I know). The past year has really flown by — I remember being an admitted freshman and virtually attending bridges’ Senior Weekend and listening to the Raices members discuss their experiences with being Latinx at Cal.

Hearing their stories was incredibly helpful and inspiring for me. In the hopes of doing that for someone else, here are my own reflections a year after I became a Berkeley student, and some clubs I have recently discovered.

I took two very important classes my first semester at Berkeley: Chicano 50 (Introduction to Chicano History) and History 8A (Latin American History). I didn’t fully realize how important these classes would turn out to be until they were over and I was able to reflect on my experience of taking them both. The classes fulfilled breadth requirements, but they were also topics I hadn’t fully explored in high school that I wanted to learn more about. So I was excited that the opportunity to study these topics was now easier for me to access and actually participate in now that I was in college.

A lot of other Latinx students were in these two courses, which ended up making my transition to Cal easier. I never felt out of place or alone like I thought I would feel or how I heard other Latinx students felt when they first started. My professor for Chicano 50 and the GSIs for both classes were also Latinx and would discuss research they were conducting, which was both enlightening and inspiring for me. They also made it clear that they were here to help us outside of class as well. During the semester, my Chicano 50 professor sent out a flyer for free tacos that the Latinx Research Center was giving out to community members, which I was very grateful for because it was during RRR week and I had been craving some good Mexican food. 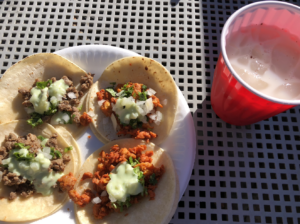 My free tacos and horchata from the Latinx Research Center event.

I was also sharing what I was learning with my parents, and because of this, it felt like I was taking the courses alongside them. It was interesting to hear things from their perspective, and then learn about it in a more academic setting as well. A lot of the other students in my classes shared that they enrolled because they wanted to learn more about their parents’ homes. This was one of my reasons for taking the classes as well, and I felt closer to my parents afterwards.

These classes ended up being important to my transition to life in Berkeley in addition to being great sources of information for history that I had not been formally introduced to in high school: history that I was connected to. If you have some breadth requirements to fulfill and you are interested in the topics I mentioned, I recommend these courses or other ones in the departments. And even if you don’t have any requirements left to fulfill, I encourage you to pursue classes like these if they interest you, or seek out overlapping subjects in your own department of study! 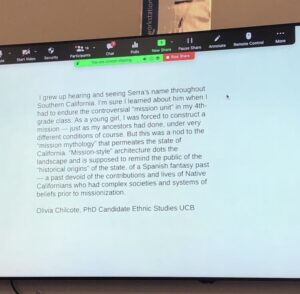 A slide from a Chicano 50 lecture that I still think about a year later.

Exploring What’s Out There

Sometimes joining new clubs can be a little daunting, which I definitely felt as an incoming freshman. For me, taking classes was the easiest and the least nerve-wracking way to start building community and making new friends. I was also taking it slow, adjusting to Berkeley’s academic rigor, living away from home for the first time, and handling everything else that comes with being a freshman. By my second semester I felt more adjusted and decided to look into clubs that I could join next fall, and subscribed to newsletters so I was not missing out on important information. I ended up going down a CalLink rabbit hole and discovered that Berkeley has a lot of Latinx-based clubs and organizations, some of which I will highlight below.

There are many clubs at Berkeley that are focused on helping students find their own communities on campus — this is by no means an exhaustive list. I encourage you to go on your own CalLink research journey and discover even more organizations, including ones that are academic and major specific.

The Chicanx Latinx Student Development Office helps students build community and advocates for their retention and subsequent graduation. They have a page which lists out their spaces in and around campus and provides information on the Latinx Graduation ceremony that is held in Spanish during spring commencement.

Hermanas Unidas and Hermanos Unidos are dedicated to providing leadership, academic, and social resources to students through academic, social, and volunteer events.

DeColores is a group focused on creating a space safe for queer and trans students who identify as Latinx. Some past events include movie nights, hikes, and community care circles, which are shared on their Instagram @decoloresucb.

Central Americans for Empowerment at Berkeley helps students find resources needed to succeed at Cal. They also have a DeCal this semester called “Central American History,” which will give a history of Latin America from the colonial period to the present day. In case you missed the sign up for some Latinx DeCals this semester, make sure to keep an eye out for spring!

Amanecer welcomes students interested in learning more about Latin America culture and the Spanish language. They also participate in research thanks to their support from the Center of Latin American Studies.

Seeking out clubs is a great way to build community. If one of the clubs above sounded exciting to you, join in! Attend a meeting, sign up for a newsletter — whatever makes you feel connected. 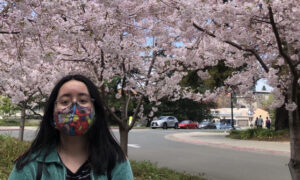 My first visit to campus in the Spring of 2021 when I was admitted to Berkeley. This is at the cherry blossom grove on Crescent Drive at the west entrance of campus.

I have three more years left in my journey at Berkeley, which leaves a lot more for me to learn and discover. I will never forget going to my first big lecture here, Chicano 50, and finally beginning to feel right at home. I hope this helped you in some way, made you feel less alone, or allowed you to discover something new. Berkeley is a big campus, but it’s also small if you let it be. Join a new club, take that class you were considering – you won’t regret it.

Melissa Mora-Gonzalez is a second-year student at UC Berkeley majoring in English. 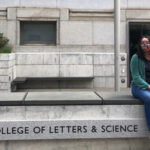 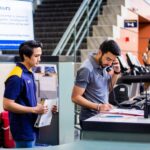 Work-Study Jobs: How to Apply 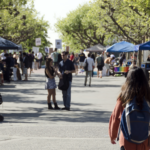 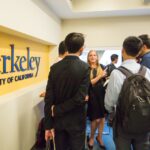 How to Find the Right Internship 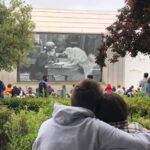 Free, Fun, Both for Cal Students